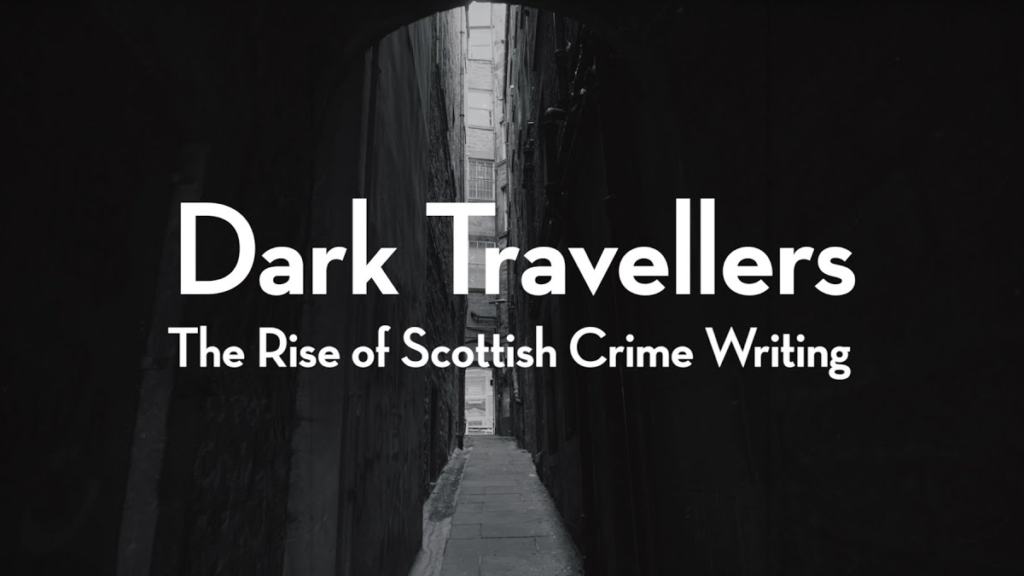 “All Scottish crime novels have a little Laidlaw in their DNA.”
– Craig Robertson, The Guardian

A new short film charts the rise of Scottish crime fiction and sheds new light on the success of the UK’s bestselling genre. Including never before seen interviews with some of the biggest names in crime writing, it traces the origins of one of key influences on all of their work.

The film also marked the start of Bloody Scotland, the Crime writing festival which takes in place in Stirling each September.

The film opens with the story of William McIlvanney’s Laidlaw. First published in 1977, it is credited as being a vital inspiration behind the growth and development of the genre in Scotland. It is also a story that has now come full circle. When McIlvanney died in 2015, he left an incomplete, handwritten manuscript of Laidlaw’s first case. Ian Rankin was asked by McIlvanney’s widow Siobhan, and his publisher Canongate, to finish the work, which has just been published, in September 2021, as The Dark Remains. After three decades, Laidlaw, the father figure of Scottish crime-writing, has been brought back to life.

Ian Rankin has said that “it’s doubtful I would be a crime writer without the influence of McIlvanney’s Laidlaw.” In the film, he describes how his famous character John Rebus was invented as a way of understanding Scotland’s capital city of Edinburgh. “I wrote the first Rebus novel because I was trying to make sense of Edinburgh. Glasgow had McIlvanney, James Kelman had just come along, but Edinburgh seemed to be Miss Jean Brodie, and some poets and playwrights. So I thought, okay, I’m going to write contemporary fiction set in Edinburgh and it’s going to be crime fiction, because crime is a great way of looking at society. A detective offers a great way of looking at the world. He has an access all areas pass to the haves and have nots, the overworld and the underworld.”

Also interviewed in the film, author Val McDermid explains how her latest novel, 1979, can trace its influences back to McIlvanney’s Laidlaw: “It was the first time I had read any novel that was written in a modern Scottish working-class voice – and the fact that it was a crime novel was amazing and really made me understand what it was possible to do with the crime novel: for it to be a novel that reflected that way we live now. It is the perfect vehicle for writing a novel of social history. Not least because within the crime novel you are not constricted to one tiny social group of people . . . At a time when people are asking what it means to be Scottish, this is the perfect place for writers to explore that idea.”

Booker-shortlisted author Graeme Macrae Burnet describes how remarkable it is that his award-winning novel His Bloody Project  – a study of murder and madness in a tiny village in the remote northwest Highlands of Scotland – has resonated around the world. “When I’m writing something set in the past, I’m not thinking about whether it will resonate in a contemporary way. But with His Bloody Project what’s been so fascinating to me is that when the book has travelled around the world and been translated into different languages there have been readers in China, or Australia or Russia all making parallels with historical situations in their own countries or even contemporary situations. Without any intention on my part it does resonate, and that’s one of the amazing things a book can do.”

James Crawford, writer, broadcaster and publisher, who has written and presented the film, said: “All of the authors interviewed in this film keep coming back to the idea of the crime novel as being the ideal space to explore the human condition. This, it seems, is at the core of what makes crime writing so popular – a desire to work beneath the surface, to uncover the lies we tell and the secrets we keep; to explore the extremes of personality or circumstance that drive people to commit crimes, or even to kill. And is there something in the air, or the water, or the landscape that makes Scotland’s crime writers so adept at this? Much of their success is, I’m sure, down to their being so skilled at unpeeling these layers of personality, to expose the raw nerves of identity, and truth.”

Chief Executive of Publishing Scotland, Marion Sinclair, said “We are living through a golden age of crime writing in Scotland; the growing popularity of the genre has been very exciting to chart over the last decade. There are so many writers and publishers we could have chosen for the film – there’s been an explosion in numbers in recent years, aided by the crime festival over the years – all testament to the vigour of the writing, pushing beyond the formulaic to examine past and contemporary life.”

The Dark Travellers film is part of Publishing Scotland’s Autumn package aimed at promoting the work of their members and includes a New Books Scotland rights catalogue of books for the season and Postcard from Scotland, a digital showcase highlighting the brilliant work of some of our publishers and authors.