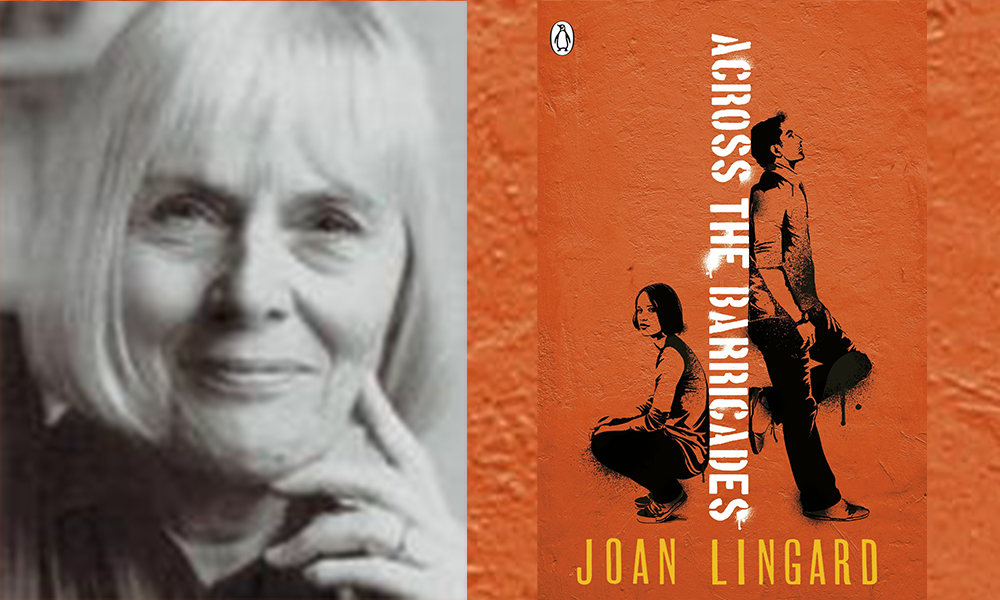 Joan Lingard is a name instantly recognisable to those interested in children’s books, although she also wrote for adults. Her early novels became classics of children’s fiction, and she did readings all over Scotland and in schools, literary festivals, and other events. She also gave talks internationally and was a member of Scottish PEN. She received an MBE for services to literature in 1998.

She was born in Edinburgh but the family moved to Belfast when she was two and she lived there till she was eighteen. Some of her most famous books have been set in that city including Across the Barricades for which she received the prestigious West German award, the Buxthuderbulle in 1986. She commented that her work was often about displacement, of characters uprooting themselves, and facing up to new experiences.

See Joan Lingard, author of 60 novels for adults and children, dies aged 90 by Lauren Brown in The Bookseller 14 July 2022.