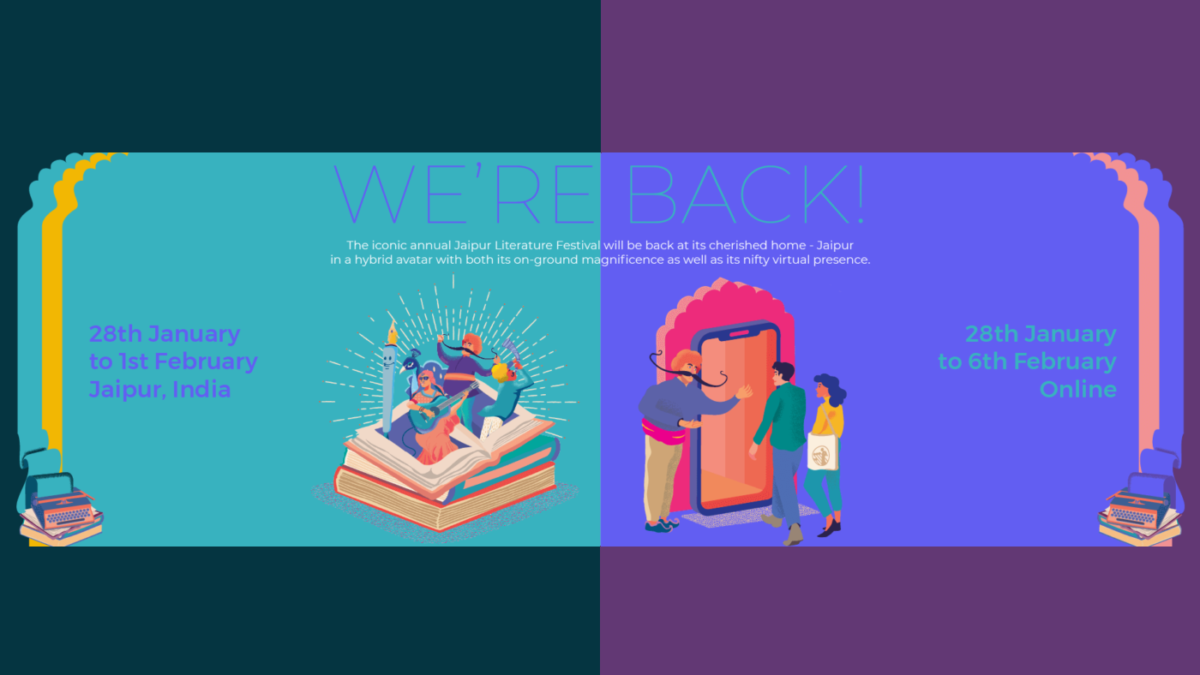 The 2023 dates are to be announced. This is a placeholder for the rough time of year it will likely be.

The iconic Jaipur Literature Festival, held annually in the Pink City of Jaipur in Rajasthan, has grown bigger in the past year. Our online presence, which took off in 2020, stayed resilient and multifaceted, garnering over 169 million viewers in its reach, reinforcing the power and potential of books, ideas and discourse through a series of digital festivals – Jaipur Literature Festival 2021; JLF Brave New World; JLF International Editions; JLF WORDS ARE BRIDGES. The camaraderie that we created through this unique literary platform has been truly unstoppable. In 2022, we are back with an even more special and bigger presence – on-ground in our customary home of Jaipur as well as in the unfettered realm of the virtual space.

Described as the ‘greatest literary show on Earth’, the Jaipur Literature Festival is a sumptuous feast of ideas.

The past decade has seen it transform into a global literary phenomenon having hosted nearly 2000 speakers and welcoming over a million book lovers from across India and the globe.

Every year, the Festival brings together a diverse mix of the world’s greatest writers, thinkers, humanitarians, politicians, business leaders, sports people and entertainers on one stage to champion the freedom to express and engage in thoughtful debate and dialogue.