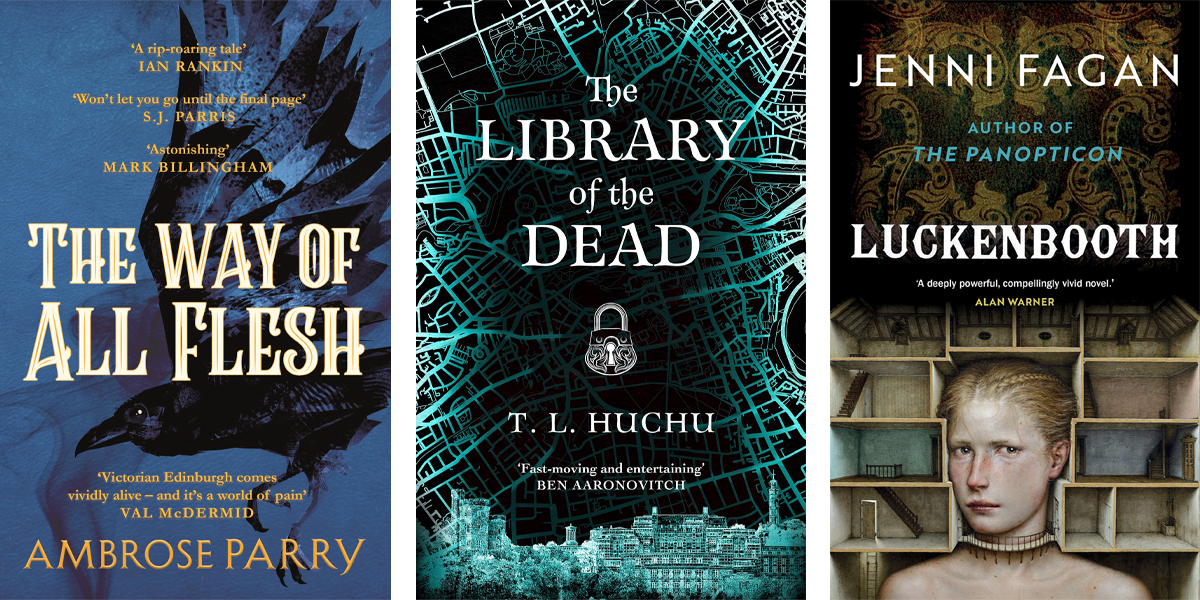 Revolves around the comings and goings at No. 44 Scotland Street in Edinburgh.

Welsh’s iconic novel shows the grittier side of the capital city with sex, drugs, violence and petty crime.

The Library of the Dead – T.L. Huchu

T.L. Huchu brings a futuristic gothic flavour to his novel, the first in his Edinburgh Nights series.

When talking of Edinburgh fiction, we must include a node to the inspector Rebus series.

This mesmerizing, bedazzling novel tells the stories of the residents of 10 Luckenbooth Close.

The Game of Kings – Dorothy Dunnett

One of Scotland’s finest historical fiction novels, introducing you to superspy Francis Crawford.

Robertson’s debut novel tells a dual narrative of Edinburgh in the 1990s and 1670s.

The Way of All Flesh – Ambrose Parry

Masterful historical crime taking the reader into the dark heart of Victorian Edinburgh.

Subtle and tender portrait of the confusing transition into adulthood.