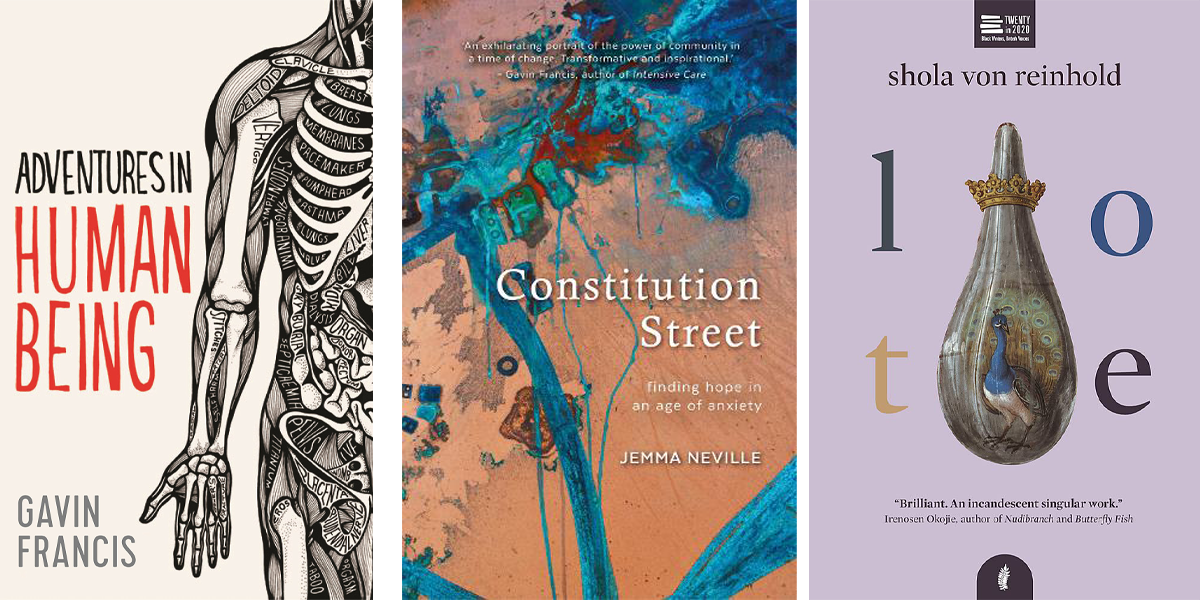 Dive into our list of ten brilliant books that celebrate ideas, created in partnership for Edinburgh City of Literature, for the Year of Stories.

The Wealth of Nations by Adam Smith
Published by Penguin

The seminal book from one of the key Scottish Enlightenment figures, The Wealth of Nations is landmark treatise on political economy, and paved the way for modern capitalism. It also covera the origins of money and the importance of wages, profit, rent and stocks, all explored with ethics, philosophy and history to create a vast panorama of society.

Queen of Science by Mary Somerville
Published by Canongate

Born in Jedburgh in 1780, Mary Fairfax was given the education thought proper for women of her time. Yet, she taught herself algebra in secret, made her reputation in celestial mechanics, and became one of the most gifted mathematicians and scientists of the nineteenth century. Her memoirs reveal a fascinating account of her life and times.

The Divided Self by RD Laing
Published by Penguin

First published in 1960, this watershed work aimed to make madness comprehensible, and in doing so revolutionized the way we perceive mental illness. Using case studies of patients he had worked with, psychiatrist R. D. Laing argued that psychosis is not a medical condition, but an outcome of the ‘divided self’, or the tension between the two personas within us: one our authentic, private identity, and the other the false, ‘sane’ self that we present to the world.

First published in 1961, The Democratic Intellect provoked a re-evaluation of Scotland’s philosophy of itself. George Davie’s account of the history of the movements which set Scotland apart from its neighbours, and of the great personalities involved, has proved seminal in restoring to Scotland a sense of the value of its unique cultural identity.

Imagine A Country offers visions of a new future from an astonishing array of Scottish voices, from comedians to economists, writers to musicians. Edited, curated and introduced by bestselling author Val McDermid and geographer Jo Sharp, it is a collection of ideas, dreams and ambitions, aiming to inspire change, hope and imagination.

Where are the Women? A Guide to an Imagined Scotland by Sara Sheridan
Published by Historic Environment Scotland

Can you imagine a different Scotland, a Scotland where women are commemorated in statues and streets and buildings – even in the hills and valleys? This is a guidebook where streets, buildings, statues and monuments are dedicated to real women of Scotland, telling their often unknown stories, providing an alternative nation.

Welcome to Constitution Street, Edinburgh. The street, like the world at large, is in a moment of flux. Part memoir, part social history and a call to action, Constitution Street uses real-life stories of the author and her neighbours to look at human rights, community and a sharing a common purpose.

Adventures in Human Being by Gavin Francis
Published by Wellcome Collection

We have a lifetime’s association with our bodies, but for many of us they remain uncharted territory. Drawing on his own experiences as a doctor and GP, Gavin Francis blends first-hand case studies with reflections on the way the body has been imagined and portrayed over the millennia. If the body is a foreign country, then to practise medicine is to explore new territory: Francis leads the reader on an adventure through what it means to be human.

How to be Both by Ali Smith
Published by Penguin

How to be Both is a prize-winning novel all about art’s versatility. It tells two stories: a teenage girl mourning the death of her mother, and a renaissance artist of the 1460s. As each story converses with the other, the novel becomes a real showcase of structural playfulness, and a vibrant exploration of time, truth and love.

When Mathilde comes across a forgotten Black Scottish modernist poet, Hermia Drumm, she enrols in an artistc residency to investigate Drumm’s life and work. LOTE is rich, frothy and witty, as Shola Von Reinhold immerses readers in the pursuit of aesthetics and beauty, while interrogating the removal and obscurement of Black figures from history.