Book recommendations: Looking to the future 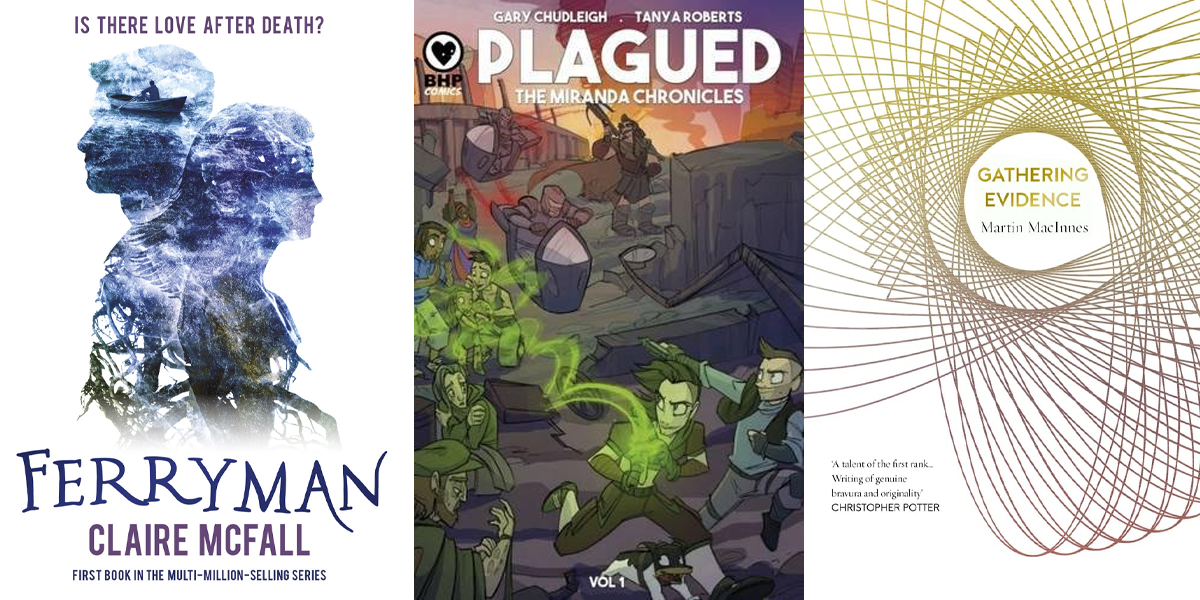 The first book in Iain M. Banks successful series of deep science fiction novels. Here, we are introduced to The Culture, a utopian, post-scarcity space society of humanoid aliens and artificial intelligences, as a war between The Culture and the Idrian Empire rages on. A beguiling mix of political satire and poetic invention, Consider Plebus is a space opera of stunning power and awesome imagination.

Seven Devils by Laura Lam & Elizabeth May
Published by Gollancz

We stay with space opera and the brilliant contemporary duo of Laura Lam and Elizabeth May. Here, they give us a feminist take on the genre, with a tale of seven resistance fighters working to free the galaxy from a ruthless empire. This is science fiction at its most fun, crackling with energy and sharp humour.

Set in a future where a team are sent out to investigate the imminent extinction of the last troop of bonobo chimpanzees, while another scientist is brutally attacked, MacInnes uses these events as a starting point to investigate ecological catastrophe, technological dependence and social isolation. This is writing of ambition, intrigue and great sensitivity.

The Library of the Dead by T. L Huchu
Published by Tor

In a futuristic Edinburgh, Ropa is a young woman who uses both her Zimbabwean magic and Scottish pragmatism to become a ghost stalker, carrying messages from the dead to the living. When she becomes involved in a missing person’s case, she feels duty bound to investigate. This is the pacy and entertaining first book of Huchu’s Edinburgh Nights series.

The range of Edwin Morgan’s poetry is breathtaking, and this collection of his science fiction and concrete poems is a deep tribute to his skill and playfulness. There’s the famous encounter between humans and aliens in ‘The First Men on Mercury’, early digital tongue-twisting in ‘The Computer’s First Christmas Card’ and the effects of teleportation in ‘In Sobieski’s Shield’ – on earth or in outer space Morgan explores what it is to be human.

Naomi Mitchison [1897-1999] was a literary phenomenon. Tireless in her writing, and unafraid and often highly unconventional in her opinions, she left an extraordinary legacy. The success of this novel depends not only on the extraordinarily variety of life forms its heroine encounters and attempts to communicate with on different worlds: she is also a very credible human with a sensitive and dramatic emotional life.

But n’ Ben revitalises recognisable science-fiction tropes—futuristic settings, environmental catastrophe, militaristic state apparatus—and remixes them with the addition of the novel being written in invigorating and imaginative Scots. We follow Paulo Broon as he sets off to find out how his girlfriend was infected by a unique strain of the HIV virus. It’s a vibrant, gutsy novel that deserves its modern classic status.

We stay with linguistic invention with Harry Josephine Giles’s Deep Wheel Orcadia, a magical first: a science-fiction verse-novel written in the Orkney dialect that comes with a parallel translation into playful and vivid English. We are introduced to Astrid and Darling, both searching for inspiration for living aboard a distant space station.

When Dylan wakes up after her train has crashed, she thinks she has survived unscathed. But she couldn’t be more mistaken: the bleak landscape around her isn’t Scotland, it’s a wasteland–a terrain somehow shaped by her own feelings and fears, a border to whatever awaits her in the afterlife. This is the first novel in an exciting trilogy (with Trespassers and Outcasts) that is a thought-provoking and truly original story of a love that refuses to be limited by death.

The near future. Scotland has been left devastated by a plague that has swept the country. The scattered population struggle, and the blame for this pandemic falls squarely on ‘witches’ – seemingly ordinary people with extraordinary powers – who are hunted down and forced to stand trial by government sanctioned witch-hunters. This is the first in a graphic novel trilogy of fantastical adventure with lively, original illustrations.