Interview: Behind the Thistle 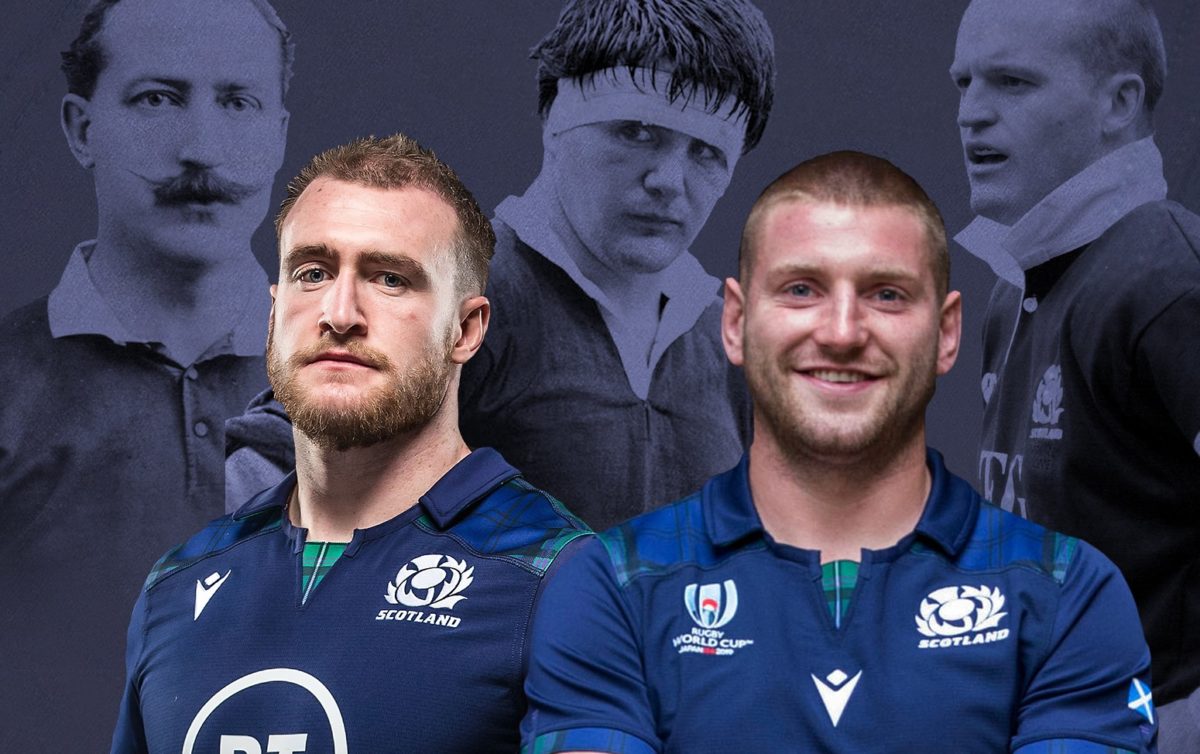 BOLD | As the Six Nations has drawn to a close for another year, we speak to Peter Burns who, alongside David Barnes, has documented the history of Scottish rugby from its first test matches over 150 years ago to the present day. Get to know more below.

Can you introduce readers to Behind the Thistle? How did you find the process of researching such a vast topic?

Behind the Thistle is an oral history of Scottish rugby, from the first Test match in 1871 all the way through to the end of the 2022 Six Nations. The idea from the outset was to try and create a conversation between the players as they talk through their experiences of playing for Scotland and, in so doing, we created a unique history of the national team. It’s been a real labour of love for me and my co-author David Barnes, which started back in 2007. We had a huge amount of help from the great rugby historian John Griffiths, who went back through his vast archives to find us letters, diaries and newspaper cuttings from the players in the 19th and early 20th century. After that, it was a question of getting out and interviewing past and present players (hundreds of them!), which has been an absolute joy.

What is it about rugby that draws you in, as both a fan and writer on the subject?

David and I were both brought up in rugby-mad houses and played ourselves – but only to a decent amateur level. We never got a chance to fulfil the dream of playing for our country, so have always been drawn by the mystique of that elite level. David is a highly regarded journalist, but I think that when we watch Scotland, we’re also still the children that loved watching our heroes. You can be dazzled by a piece of skilful magic on the field, but the thing that really draws us in are the characters performing these feats. We want to get to know and understand them and, in so doing, gain a greater appreciation of how the intricacies of the game (which make it so endlessly fascinating) are – and were – managed by the people who have been there and done it.

“One of the great joys of the book is hearing stories from the players about their time away from the pitch.”

The book goes back to the very first test matches – can you tell us a bit more about the earliest days of Scottish rugby?

The early years of Test rugby were dominated by Scotland and England as they were the first two nations to play. It took a few years after Wales and Ireland established international teams for them to become regularly competitive but, even then, Scotland and England were the powerhouses in the game for many years. By the turn of the 20th century, South Africa and New Zealand had begun to emerge as a force and in 1905/06 the first All Blacks team to tour Europe swept everyone aside (with the exception of Wales) to win 34 out of 35 tour matches; with Wales having won the Home Nations Championship (the precursor to the Five Nations, which began in 1910) four times by then, and Ireland three times, the hegemony enjoyed by England and Scotland had at last been broken and rugby had become a proper international game.

We aren’t just seeing what’s going on during the games, but behind the scenes. What are some of the significant moments in Scottish rugby history that perhaps aren’t as well known, or occurred off-pitch?

One of the great joys of the book is hearing stories from the players about their time away from the pitch. Some of the antics that the players got up to, particularly in the amateur era, are amazing – and hilarious. But one of the most extraordinary things that cropped up again and again was the autocratic attitude of the SRU when it came to adhering to the amateur ethos of the game. Murrayfield would be sold out for every home game and the union’s coffers were full, but the players would travel in the cheapest seats (while the committee members and their wives travelled in business class and stayed at the best hotels), they would only be given one jersey for the season which they had to return (or be charged for it), and there are stories of players going to be weighed in by the team doctor and having to pay a penny to use the scales. And this barely scratches the surface!

What are some stand out stories, interviews, or anecdotes from the book for you personally?

I think Mike Blair got to the root of what it means to play for Scotland (and, in many ways, what it means for the fans to watch) when he told me this in an interview: ‘I decided to retire shortly before the 2013 Six Nations. It was a hard decision to make, but it’s one that I felt lucky that I was able to do. Every time I pulled on the Scotland jersey it was an incredible honour and a privilege.

‘There’s a plaque in each players’ cubicle in the Murrayfield changing-room which bears the name of greats from the past who have previously worn the shirt. Seeing those great names, I was always reminded of something that Jim Telfer once said: that the jersey is never really yours; it belongs to the nation and to the history of the team . . . you are only ever borrowing it for a time.

‘I used to recreate David Sole’s slow march of 1990 in my garden, used to hear Bill McLaren’s voice commentating as I ran around with the ball. I think that when any player pulls on their international jersey, they wear it for their friends and family, for all the fans that support them around the world, for the great players that have worn it before them, for their school teachers and for their club coaches and so on; but they also wear it for that boy inside of them who has played a thousand games in his head, and for those who even now run around their gardens with a dream that they might one day wear that same jersey. For me, that was what playing for Scotland was all about. Forget all the lows. It was an amazing ten years; I lived a dream.’

The book is an updated version for the current day – what has changed between the last edition and this? What should readers expect from this new edition?

We have added new stories from players right the way through the book and have then updated it completely from the 2015 World Cup to the 2022 Six Nations. There are some terrific insights in the new edition, particularly around the 2019 epic at Twickenham that ended 38–38, the disaster of the World Cup in Japan, and some of the great moments (and disappointing ones too!) from the last seven years.

I think we just hope that it enhances their love for the team while gaining insight into what goes on behind the scenes, inside the changing room and on the field where the rest of us can’t go. We hope you’ll learn new things and laugh a lot – and maybe shed the odd tear.

Behind the Thistle by David Barnes and Peter Burns is published by Polaris Publishing.