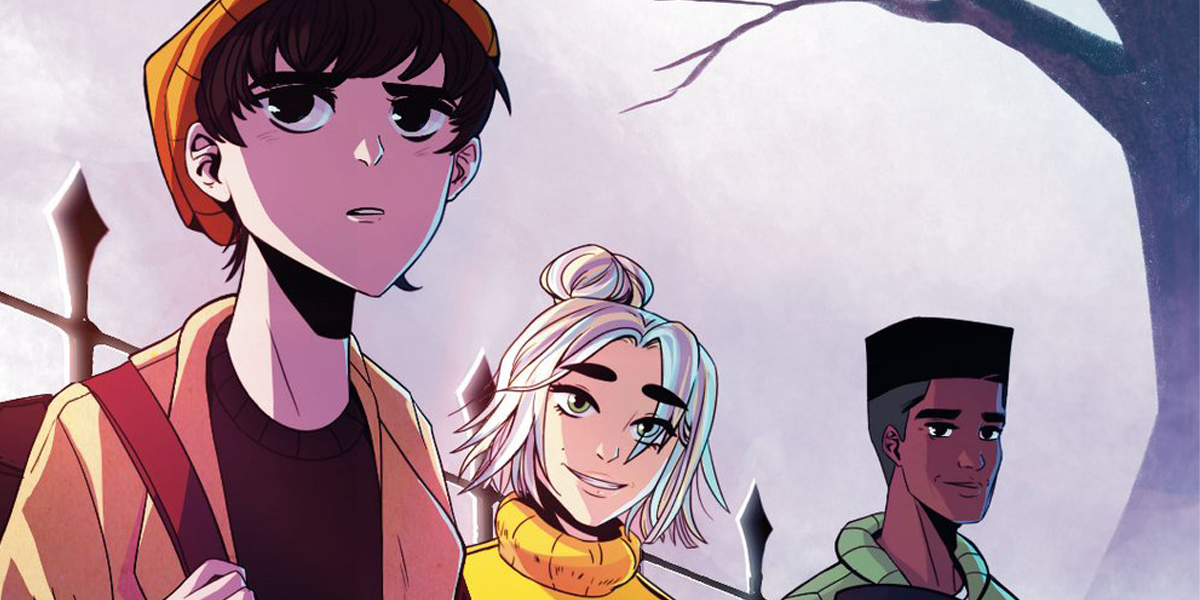 BEYOND WORDS | We dive into the Bold Universe from BHP Comics, which brings together a range of exciting creators to work on four individual stories that exist within the same fictional universe. We talk to a range of the Bold creators below and get to know this exciting new comics universe.

Can you give us an introduction to your comic in the Bold collection?

Umar Ditta, writer – Principle: Principle is about a superhero who has to question what it actually means to be a superhero and standing for what truly matters to him and the ones he loves.

Robin Richardson – artist,  Principle: My comic revolves around the titular superhero Principle who, as a child, came to Scotland with his family as a refugee. Upon discovery of his superpowers, the government allowed him and his family to stay so long as he could work for them. This creates a lot of conflicts later on that really challenges his morals and personal principles.

Kumail Rizvi – writer, Agents of Mi7: Agents of MI7 is a spy adventure set in the world of Heroes and Villains in the Bold Collection. Our covert team work against a ticking clock in an adventure that spans the British Isles. Put another way, it’s Ocean’s Eleven taking on Lex Luthor, to save the world from catastrophe — all in under 24 hours.

Daniel Coloma – artist, Agents of Mi7: Agents of Mi7 is a comic about a team of spies who have to catch a super villain because the superheroes have disappeared. The team will go to an adventure around Scotland, with a lot of action sequences and a little bit of old fantasy myths. You will like it if you liked Mission Impossible movies or the recent Suicide Squad.

Kat Hall – artist, Storm Hunter: In a world where maiths and dochrachs exist as creatures that can be summoned, the daughter of one of the few remaining Storm Hunter clans fight to take out the evil Caledonian King as he endeavours to rule over the land of Scotia.

Tara Mallen – writer, The Loser’s Club: The Losers Club is a coming-of-age superhero story. It’s also a story about friendship and identity. Jamie’s the new kid in town and, while they’re on a secret mission of their own, they find a group of friends who give them the strength to choose their own path in life.

Chris Stefanova – artist, The Loser’s Club: The Losers Club is a story about a group of teen misfits, who live in a world where heroes are in hiding and having powers can turn you into a target. It explores the themes of friendships, doing what’s right and second chances to become someone new.

How have you found the process of creating your title?

RR (Principle): It was my first dive into an action packed comic and at first, I thought I would struggle a lot. Turns out, the action panels were the most fun to work on! I also enjoyed the character designs given to me – they were all so different and exciting.

UD (Principle): It has been really fun. The collaboration between BHP Comics and myself has been hands-on in the best way possible. They gave me a platform to tell the story of Principle the way I wanted.

KR (Agents of Mi7): Working with Sha and Gary on AoMI7 was great! My experience in comics has been a pretty solitary one, where I control the process and outputs end-to-end, but this felt much more collaborative, and resulted in a better story.

DC (Agents of Mi7): It has been a very organic process. After receiving the pitch of the project and the script, I did a clean version of the characters and started with the sketches of the pages, and next with inks and colours. Doing the spread pages was the most fun part of the work, trying to have a fluid narrative paying with the panels position.

KH (Storm Hunter): It was a challenge at first to juggle this project, however I found that with careful organisation was able to meet deadlines and it felt good to see the final look all put together! I found the process exciting, being able to work with others when I normally work solo was eye opening and provided a lot of insight to help me on future projects.

TM (The Loser’s Club): I found the process very challenging and daunting at the beginning since this is the biggest project I’ve worked on. But once I got stuck in, the characters and the dynamic of their friendship came to life. Once that happened, the writing flowed a lot more freely.

CS (The Loser’s Club): It was really exciting working with a writer and editors, who were really encouraging and provided a lot of great feedback. Coming up with the character designs was really fun and seeing the complete work was extremely rewarding. It felt like a real collaborative work.

What do you hope readers take from your title?

RR (Principle): Always do what’s right in your heart, and help those in need. There are a lot of places to offer help to refugees, homeless folk, or other less fortunate folk, so take a moment to do your bit whenever possible.

UD (Principle): I hope the readers enjoy the story and possibly feel like they can make positive changes to the world as well.

KR (Agents of Mi7): I hope, like any good spy story, the reader is enthralled by the tricks our protagonists employ against overwhelming odds, that they connect with the Agents of MI7, especially our lead Sofia Saladin, and that their minds start whirring at the teases of the world and lore outside this story. And mostly, that they hope for the continuing adventures of the Agents of MI7!

DC (Agents of Mi7): Principally I hope that the readers have a good time reading this comic. I think that’s the most important quality a story has to have. Also I hope young readers could be seen represented, this is not the typical story about American white superheroes, and it´s one of the things I liked about drawing this comic. It´s so fresh and I think people will like it!

KH (Storm Hunter): I hope it gives people an insight into Scottish folklore but reimagined, and inspires them to read more into it too. I also hope they can see how much of the mix of influences inspired the backgrounds and art, that Scotland’s scenery itself is a beauty that helped shape the atmosphere of the story.

TM (The Loser’s Club): I hope readers come away with the idea that it’s good to be different, as long as you’re true to yourself. That you have the power to choose your path in life. I want to reappropriate the word ‘loser’, because you can’t be a loser if you’re surrounded by people who love you for who you are.

CS (The Loser’s Club): If readers take one thing away from this story, I hope it is “friendship is the true superpower”. It makes us brave and it gives us strength in tough times. These young characters go through a lot and I think their friendship is really the heart of this comic.

The Bold Collection series is published by BHP Comics. They are: Agents of Mi7, Principle, Storm Hunter and The Loser’s Club.