Interview: The Fortification of the Firth of Forth 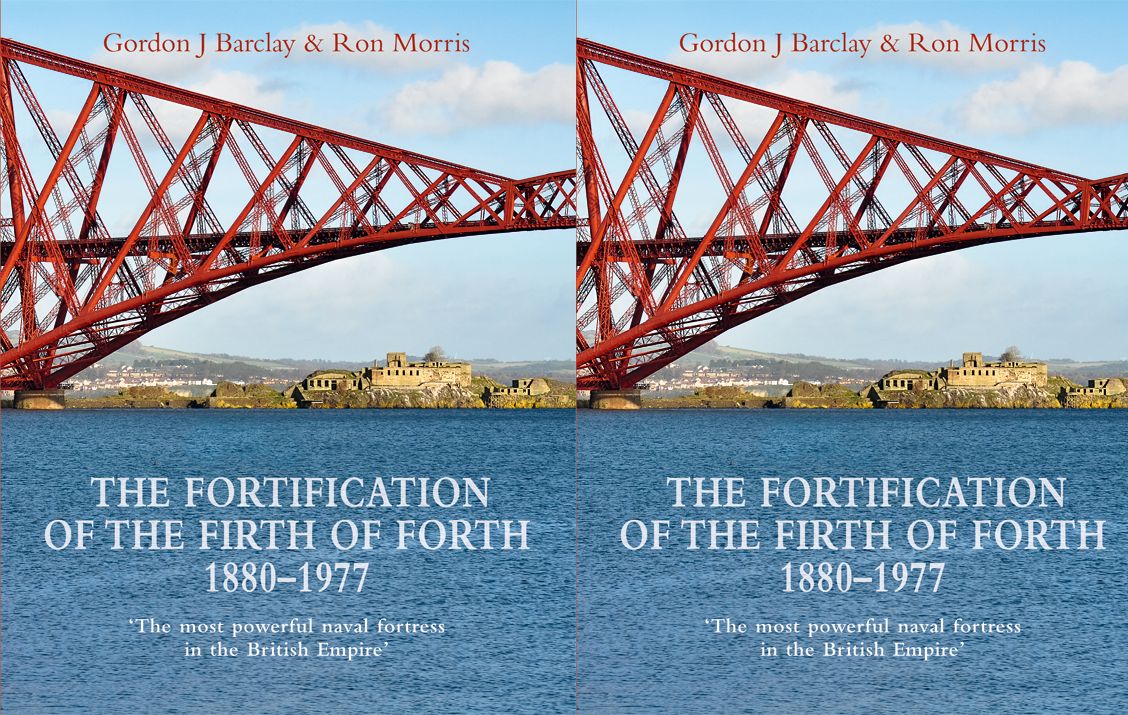 KNOWLEDGE | We interview Gordon J Barclay and Ron Morris about their book The Fortification of the Firth of Forth 1880–1977, which spotlights a very prominent cornerstone of Scottish history, in terms of both location and lasting impact.

Could you give an introduction to the great Forth Fortress?

The Forth Fortress was described in 1922 by the recently-retired professional head of the Royal Engineers, as ‘the most powerful naval fortress – most powerful whether measured by armament, by garrison, or by any other standard – in the British Empire, and probably, therefore, in the World’.

At its height, when it became the base of the British Grand Fleet in 1918, it was defended by 44 guns. The remains of these batteries serve as a permanent reminder but what is now missing are all the other defences: the anti-submarine and anti-torpedo nets; the booms stretched across the estuary to stop a rush of motor torpedo boats; the minefields that could be set off from the shore; the systems to detect submerged submarines; and all the patrol vessels. Most obviously, what is now invisible are the hundreds of warships and their auxiliaries that filled the estuary, sheltered behind the defences.

“We spent many enjoyable and productive days on the batteries on the mainland and on the islands. We constantly found new things that hadn’t previously been recorded.”

Why was it such a significant development? What was its impact in terms of military and naval history both in Scotland and more broadly?

As a result of the relative peace which followed the French and Napoleonic Wars, the Forth Estuary fell into a period of neglect as far as coast defences were concerned. By mid-19th century merchants grew anxious about the defenceless state of the Forth, in particular with regards to the mercantile Port of Leith, resulting in the Government constructing forts at Inchkeith and Kinghorn for the protection of the mercantile trade.

The Forth Fortress was unique amongst Britain’s naval bases in being built from new, not having to accommodate recently constructed but immediately obsolete defences built at the older bases. Its importance through the first half of the 20th century also resulted in its defences being upgraded on a faster cycle than many other places, and so it reflected the most up-to-date thinking on coast defence. The fortress defended an important anchorage from 1870 to the end of the century. But from the beginning of the 20th century the growing threat from Germany put the North Sea in the front line. The naval base at Rosyth, built from 1908, was to be the navy’s key base in order to offer a quicker response than the historical Naval Bases along the south coast of England could afford.

Once completed, Rosyth Naval Base became the home of the Grand Fleet. The historical significance of Inchkeith lies in the fact it is the only place in Scotland that saw the development of latter-day coast artillery defences from its inception in 1878 until they were deemed obsolete in 1956.

Beyond the wider political and military context, the book explores the human side of those manning the fortress. Can you tell us a bit more about some key stories in this realm?

The first Luftwaffe raid over Britain during the Second World War occurred over the Firth of Forth on 16 October 1939. When the Junkers aircraft started to drop bombs at two light cruisers anchored east of Inchgarvie, Charles Grant, who was stationed on the island at the time, immediately started to fire at the enemy warplanes with a Lewis machine gun mounted at the top of a short cliff. He fired some 750 rounds of ammunition at the planes to no effect, with more than half of the empty cartridge casings falling into the sea. Grant was later reprimanded for losing the empty cartridge casings, as the military was still on peacetime accountancy, where every spent cartridge had to be properly accounted for.

In the Second World War, the island of Inchkeith alone had a garrison of around 2000 soldiers and sailors: the guns were the responsibility of the Royal Artillery, the rest of the defences – the booms, nets, anti-submarine defences, patrol vessels. For all these people facilities were provided by the NAAFI: a social centre, concerts, films. In March 1944 the famous actress Dame Sybil Thorndyke was part of a theatrical company taken out to the island in a small vessel in gale force winds, to give theatrical readings. During the First World War similar facilities were provided by the YMCA and the Church of Scotland. Men had opportunities for leave in the bright lights of Leith, which they could see across the grey waters. It was a disaster if high winds and rough seas prevented the leave boat from sailing.

One of the darkest stories is of one soldier, on guard duty on Cramond Island, murdering another, returning over the causeway to the island, who had allegedly been having an affair with his colleague’s wife.

What drew you both to this subject?

Gordon had recently completed a book on the anti-invasion defences of Scotland in 1940, and had done some work on the coast defence batteries as part of that.

Ron had written several articles about the coast artillery sites at Charles Hill and Kincraig and small books about the naval history of May Island and the erection of a 4-inch gun battery at St. Kilda during the First World War.

During the late 1980s Ron had the privilege of interviewing many former ex-servicemen who had served on the coast batteries in the Forth or had manned the anti-submarine defences, including some who had held key positions. These men had provided a lot of oral testimonies and documents which more or less made Ron feel he had a duty to make what he had gathered, available to the wider public. This responsibility lay in abeyance awaiting opportunity to conduct further research and progress the matter.

In the end, we were brought together by Bill Simpson, owner of the boat Forth Conserver, who was aware of both our interests in the defences and was transporting us out separately to the islands. When we met it was clear that we’d be able to work together very well.

“From the beginning of the 20th century the growing threat from Germany put the North Sea in the front line.”

How did you approach the research and writing of such an in-depth project? Are there any moments of research that stand out as a particular favourite, or perhaps surprising moment or discovery?

Both of us work in a similar way – we take nothing at face value. There are many sources of information:

Inevitably, different sources will be incomplete or even contradictory, and an important part of our work was trying to resolve these issues to try to achieve as accurate and definitive account as we could manage.

We spent many enjoyable and productive days on the batteries on the mainland and on the islands. We constantly found new things that hadn’t previously been recorded. We found references to a possible two gun-practice battery in use for a few years in the early part of the 20th century, but little information as to where it was sited. We looked near where other practice batteries had been sited and found one of the gun mountings – just threaded steel posts rising from a base plate. In an amazing piece of field observation Ron did some thinking about the design of such batteries, looked from different directions, crawled over the ground and said: ‘There!’. I dug away some turf, and indeed, there it was.

The book deals with a very specific, but vast, time in Scotland’s history – do we see its impacts still visible today in the variety of contexts explored in the book? How so?

One of the reasons we wrote the book was that he memory of the estuary filled with ships, sheltering behind the defences, had almost slipped from history. The mythologisation of the wars has led to the entire naval experience being focused on Scapa Flow, the fleet’s operational base in Orkney.

Today the remains of the fortifications still signify the importance of the Forth Estuary, despite the advances in military technology which made the former defences obsolete a long time ago.  However, the removal of some sites and the continuing decay of others, is sadly reducing the impact.

What do you hope readers take from reading the book?

We hoped the book would provide the information needed for and the stimulation for a greater interest in the defences, and perhaps an expansion of the effort made to interpret and display individual sites, and the Fortress as a whole. By drawing attention to the significance of the various defence sites in the Forth, we hoped we’d encourage the preservation of some of these important sites. There can be little doubt that due to Inchkeith’s position in the Forth, the continuous period that it was fortified and manned, and the amount and type of armament that it was supplied with, that it is the most important site of its kind found anywhere in Scotland.

We also wanted to provide the information necessary for the reader to gain an understanding of the complexity of the defences, to replace the simplistic ‘the guns were to protect the dockyard/rail bridge’ narrative. And we wanted to do it in accessible prose, with good illustrations. The Society of Antiquaries did us proud in the quality of the production of the book. And we are grateful for all the work they have put in to make the publication of the free e-book possible.

The Fortification of the Firth of Forth 1880–1977 by Gordon J Barclay & Ron Morris is published by The Society of Antiquaries of Scotland.