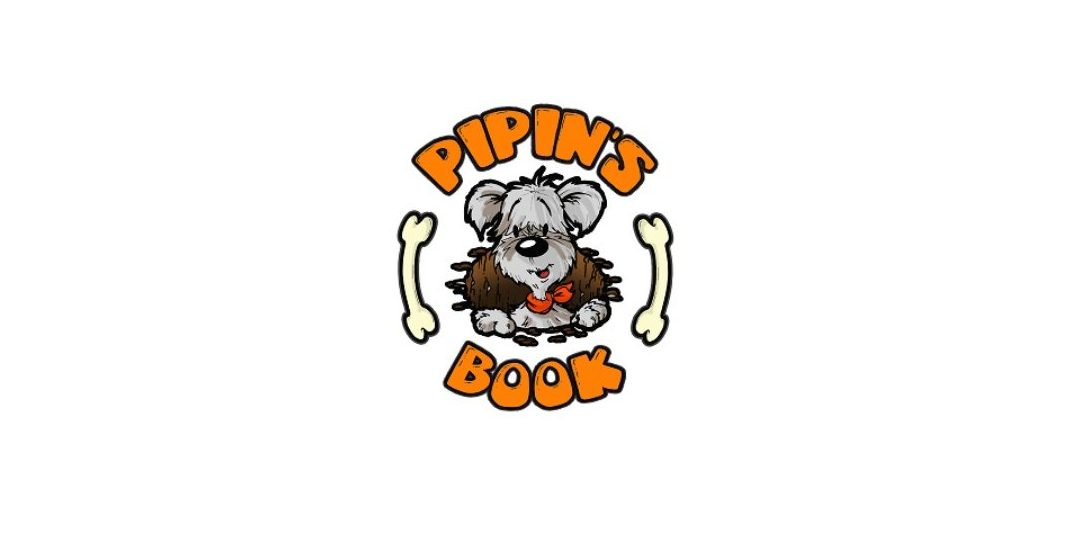 Across 2022, the Year of Stories, we are spotlighting Publishing Scotland members, who will share their own story in their own words. Get to know Pipin’s Book, who aim to connect the Slovenian and British book markets and literary worlds through their publishing.

Beginnings of our publishing house Pipin’s Book go back to 2012 and our Slovenian roots. We are a sister company of the Slovenian, family run publishing house, Pipinova Knjiga – which literary translates to Pipin’s Book. The name is not a coincidence by any means. It was early 2012 when the sweetest puppy joined our family. He ended up in a shelter after a typical dog for Christmas story. A grandma wanted to surprise her grandchildren with a puppy and it was rather a surprise for the parents as well. We knew immediately he was our dog for life.

Pipin became the member of our family and when the time came for me to embark on my Scottish journey later that year, he moved with me to Aberdeen. Pipin got his name in the shelter. He was named after Pepin (Pippin) the short, king of Franks. Simply because he was so small. And even though it is spelt Pipin, as in Slovenian you would rarely see double letters, it is pronounced pippin. Pipin was rescued right about when we started the company, so a fresh start for him and a fresh start for us, Pipin got his home and we got Pipin’s Book, established in Aberdeen in 2016, still very small, but committed to grow.

Even though located in the middle of Europe, Slovenia is somehow unknown, and its literary market is even less known. So Pipin’s Book was primarily established to connect Slovenian and British book market, introducing Slovenian authors and works to the British readers, but also bringing less known British authors to Slovenian market.

Secret Life in Karst Caves, published to celebrate the International Year of Caves and Karst in 2021, aimed at all who want to learn more about the richness of life underground.

Sally, the Aquatic Salamander, an educational story, that presents the problem of water pollution through the story of a young aquatic salamander, with realistic illustrations that vividly describe some of cave inhabitants.

The Magic Button, from the series Zook – The Amazing Inventor, a book with great illustrations and rich vocabulary set to broaden young readers’ imagination.

Ferment! Fermentation for Beginners, a beginner’s guide to help you learn the basics of fermentation as well as improve your understanding of the numerous health benefits that enjoying fermented food has. A guide to leading a sustainable life and helping the environment by not throwing away food that we could easily ferment and preserve for a longer period.

We are mainly an educational publishing house, so the majority of our books have some kind of connection to education, be it aspiring young learners or exploring our inner selves. When scrolling through pages I need to see an impact on individual’s emotions, motivating them to want to do something. Regardless of whether it is a novel or a cookbook, it has to be written in a way that the reader is left empowered to make a positive impact, and it does not matter on what level. To change something for better, reflect upon one’s own actions, improve someone’s life … A good book should present the reader with limitless opportunities.

Even though published in mid-2021, Kilometer Zero is one of our flagship books, published in collaboration with another Slovenian company. Primož Roglič is one of the most intriguing figures in the road cycling world.  Partially because he joined the peloton relatively late, not owning a bike until in his twenties, so expert commentators could not follow his development from earlier years; partially because he is not of the most talkative nature. It is an unusual privilege to have a chance to peek into the universe of this unusual cycling star, through a wittily written story from the pen of his life partner, Lora Klinc.

Coming in late 2022 is the first in the book series Petal & The Pine Crew, Forest Adventure. Petal is an adventurous fairy who in company of her animal and human friends sets on different adventures. The book is set to inspire children (and their parents) to explore the great outdoors, learning more about the nature, food we can forage and drinks and dishes we can make with such food. Realistic illustration will help with identification of different plants, while the story will encourage children to take care of our nature. The book will be published as part of 2022 YOSS.