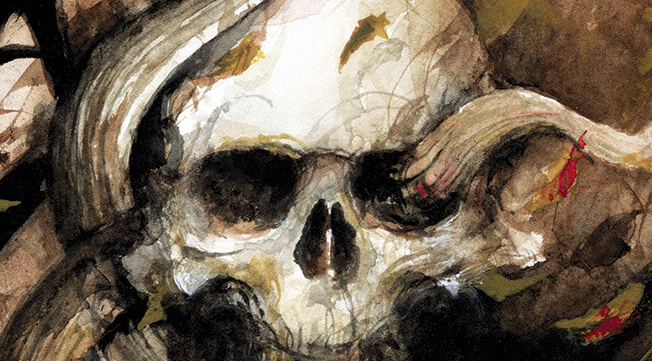 BOLD / RESPONSES | As part of the Year of Stories, we are running a series of Responses, commissioning writers to respond to books from the Publishing Scotland membership, engaging with work in different ways. For March, we invite Heather Parry – author, founder of Extra Teeth magazine, and co-host of the Teenage Scream podcast – to write about Where Decay Sleeps, the gothic horror debut poetry collection by Anna Cheung, published by Haunt Publishing.

There is more to the gothic than just blood and guts. Yet the physicality of the gothic is an inextricable, tantalising part of it, one that all readers – and writers – of dark literature love to explore. The architecture of the body is the frame on which so much of this genre hangs; its visceral nature carries its radical potential. It loves to open the ribcage and make its readers stare at the breathing tissue within; to grab a beating heart and throw it on the pages of a book. Look here: do you see this? This is what life is. This is how things go. It holds its readers’ eyes open not only to the passions of life, but to its shadowed valleys; to it pain and trauma to its very end. From the very first book to call itself gothic – Walpole’s 18th century novel The Castle of Otranto – death, and the details of it, have been a driving force of our favourite narratives; a perfect platform on which to bring together lust and horror, marriage and hate, romance and hysteria. The body is the landscape against which all gothic books, like Anna Cheung’s first collection Where Decay Sleeps, are set.

Cheung knows this landscape enormously well; from its “bloody tubes” to its shipwrecked torsos, and in this collection she takes us on a tour of our own physical selves: “It is beautiful,” she writes of a body in Creature; “a symphony of human flesh.” From the very first poem (In Utero), she turns a strange and gorgeous light on our most varied processes; a pregnant woman holds slabs of red meat in the half light of a fridge in the night, while she dreams of her cherub-faced child. A wild heart beating beneath the pressures of its change. As a reader, it is these moments that reach out and touch me; a finger traces the line of my torso and it springs open, asking me to consider what is inside myself. To appreciate the fleeting nature of life and the glorious implausibility of us existing at all. This is what they call the sublime; the way this genre takes you from terror to a feeling beyond ourselves. Through disgust and vulnerability we land on beauty and strength; that a body can contain all this, soft matter that so easily dies, and continues on. A miracle under a dark spotlight.

But Cheung also understands that at its heart, the gothic is about change; perhaps more about the death of powers and the shifting of social orders than it is about corpses. In her debut book, she gives us both the corporeal exploitation that tickles us in dark places and the social critique of the way things are. Within this book are criticisms of work culture, capitalism, the way we synthesise human connection when there are humans all around us. In Zombies @ the Arches we’re gripped by the carnivalesque, by the ridiculousness of living in such a way that requires us to rinse our brains out on the weekend. A realisation of social decay grips us slowly; ‘where decay sleeps’, it turns out, is not just in the body, but in our social order too. This title is a play on words, on us. We are rotting; society is rotting. We laugh, because there is always humour in the gothic, but it’s a realisation we can’t shake off. By situating this collection within the dying body and reaching out to how we live, Cheung has given us the classic gothic tradition: something previously thriving which is now in decline – in terms both physical and civic.

The poems of Where Decay Sleeps are arranged into seven sections which mirror the seven stages of decay: pallor mortis, algor mortis, rigor mortis, livor mortis, putrefaction, decomposition and skeletonisation. While the progression of the poems is not as neat, allowing them to meander into funny corners and make grand sweeping statements where necessary, this structure gives us a framework on which to understand Cheung’s intent.  Here is a captured entropy, a reflection of the natural processes of life, when matter scatters from something to nothing; from order to chaos.

A book that takes in Tinder and Bluebeard and modern day Scotland may not sound like it would sit on the same shelf as Rebecca and The Monk, but the freshness of this exploration is what makes it so appealing, the refusal to stop moving forwards being a defining feature of this genre too. Like Henry Bell’s The Inner Circleand Sean Wai Keung’s sikfan glaschu, these poems ground us firmly, at times, in Glasgow, giving us gothic beauty on the way to Hillhead, sitting us on our strange singular endless Subway line as we consider a dinner with Dracula; the pills that might turn a person werewolf. They show us that the gothic is a living genre, one that is ours to shape around life as it is lived, now.

By the end of the collection, we are forced to discuss what is coming to all of us, to consider what else a human body might be, when its matter has become chaotic, has left its confines. In the final section a human body dissolves itself to become other things: creatures in the shape of cats (My Cat-erina), an ergonomic chair (Office Metamorphosis), the dawn (Euthanasia). The structures that we rely on for our logic are removed, and we’re thrown into an act of creation; how are we to understand a world in which a woman might become a piece of furniture? What other rules, once thought irrefutable, might no longer apply?

From order to chaos. Except, as Anna Cheung has it, decay does not present an end. For what is chaos, if not an opportunity? Disorder allows for change; for renewal, rebirth. Cheung parenthesises her section titles, giving the stages of decay another dimension; pallor mortis is not just pallor mortis, but also birth. She asks us to consider not only the decomposition of the body, but also: digital disruptions, psyche, loss, cravings and beauty. With her final section – Skeletonisation (Metamorphosis) – Cheung reminds us that, stripped back to bare bones, we can remake ourselves. We can rebuild things; can embrace social change. Where decay lives, we can live along with it; can grow something better than it was before.