Little Door Books was officially launched as an independent publisher in 2016. We work collaboratively with established and emerging authors and illustrators, offering them greater input in the creation of their high-quality, exciting, and ultimately beautiful picture books. We encourage our authors and illustrators to be part of the whole design, layout and production process, making them feel the finished product is very much their creation. This method of collaboration hopefully inspires those involved to enthusiastically promote their work and produce exciting new works in the future.

Having worked in live children’s theatre for many years and coming from a musical background, we know music is something that children really respond to, so as well as producing highly imaginative, fun picture books that children want to come back to time and time again, we wanted to include a musical element that would offer families that little bit extra. So many of our books have one or more specially-written songs that are offered as music downloads, together with an audio book.

Added to this we created a new project, Little Door Debuts. Part of the reason we set up Little Door Books was to encourage new talent. In 2019 we launched LDD by publishing the first children’s picture book by writer-illustrator Will Hughes. Will is an exciting young talent who recently graduated from Edinburgh College of Art. 2020 saw us publishing debuts by Esther Kent and Corrina Campbell and in 2021 a fabulous debut by Madeline Pinkerton.

In early 2019 author and founder of LDB, Alan Windram, won the Bookbug Picture Book Prize for his robot picture book One Button Benny.

Later in 2019 Alan won the Saltire Award for Emerging Publisher of the Year.

2020 and 2021 saw Little Door Books being on the regional shortlist for the Small Press of the year award at the British Book Awards.

Susan and Alan Windram with Alan’s Saltire Award for Emerging Publisher of the Year 2019. 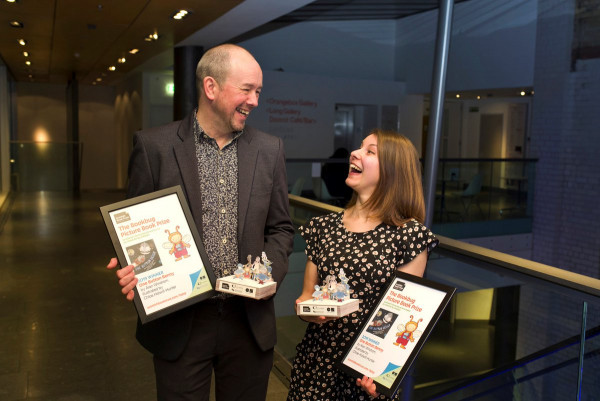 Alan Windram and Chloe Holwill-Hunter and their Bookbug Picture Book Prizes for robot picture book One Button Benny written by Alan and illustrated by Chloe. 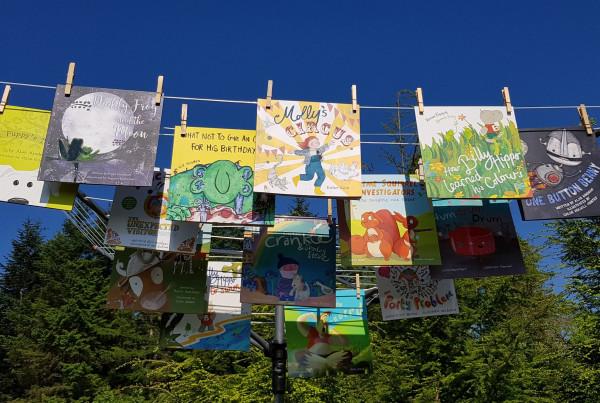 A selection of Little Door books displayed on a washing line. 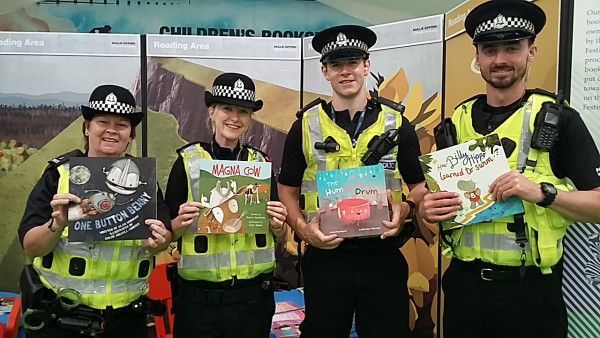 A selection of Little Door books being held in police custody in the nicest possible way.