As well as publishing books that provide access to Scotland’s national collection and that also accompany a range of exhibitions, we publish a number of titles on different aspects of art.

Our titles are designed to delight those who are unable to come to the Galleries in person and to enhance and provide deeper information for those who are able to visit.

There is something for everyone, including those seeking a deeper understanding of art history. Whatever the topic, all of our books are accessible and underpinned by careful and scholarly research.

100% of all profits support the National Galleries of Scotland.

Types of books published: Art books, photography books, collections and catalogues of the highest quality to enhance and enrich the exhibitions and collections.

Submission details: please refer to the author submission guidelines on our website. 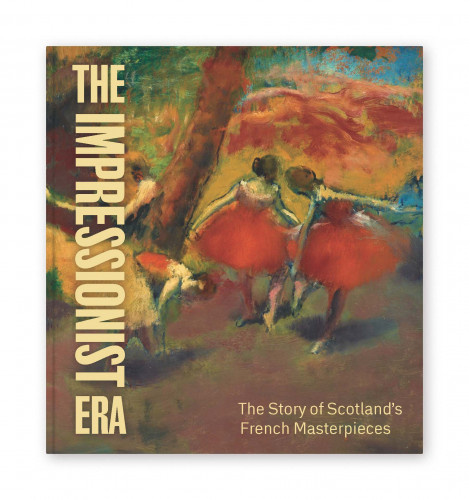 The Impressionist Era: The Story of Scotland’s French Masterpieces

A vibrant, colourful and beautiful book that introduces readers to Impressionism and Post-Impressionism. It explains the difference between the two movements and the main artists associated with each. Illustrations are drawn from the renowned and outstanding collection of French art held by the National Galleries of Scotland, and they include a number of rarely seen works.

The Impressionist Era tells the fascinating stories of how key paintings and drawings found their way into the collection. 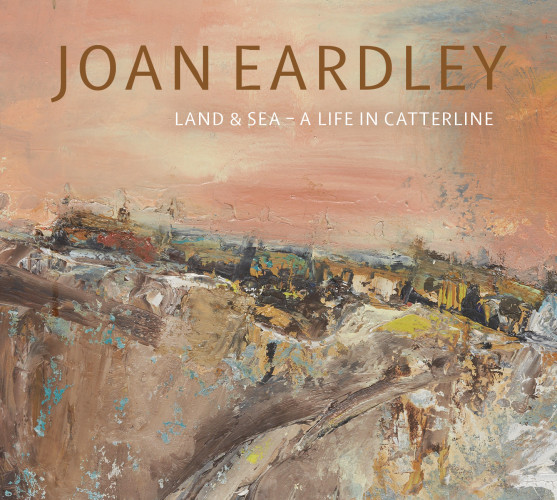 Renowned artist Joan Eardley first visited the coastal village of Catterline in north-east Scotland in 1951 and made the village her home. The gentle landscapes and wild seascapes she painted there are among her best-loved works. Using previously unpublished material as well as new interviews with many of those in the village who knew her, a vivid portrait is painted of Eardley’s life in Catterline, beautifully illustrated with many of her most remarkable drawings and paintings.
Joan Eardley: Land & Sea – A Life in Catterline 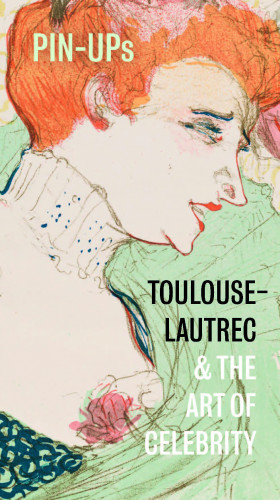 Pin-Ups: Toulouse-Lautrec and the art of celebrity

Henri de Toulouse-Lautrec’s brief career coincided with one of the most exciting periods in the history of western printmaking. In Paris at the end of the nineteenth century, a new generation of avant-garde artists made techniques such as lithography, etching and woodcut central to their creative process, sparking a printmaking and collecting boom. These vibrant images of the celebrities of the time are still widely admired to this day, with reproductions popular the world over.
Pin-Ups: Toulouse-Lautrec and the art of celebrity. 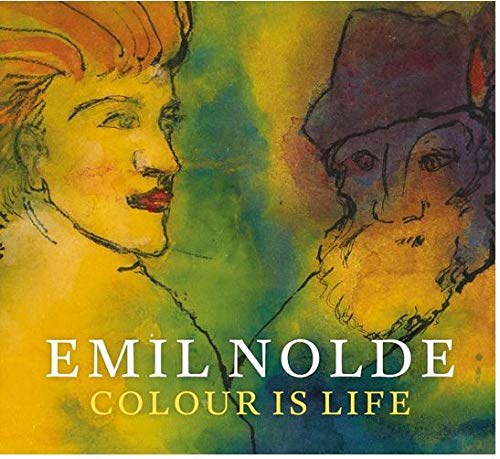 Emil Nolde (1867–1956) was one of the greatest colourists of the twentieth century. He was an artist passionate about his north German home near the Danish border with its immense skies, flat, windswept landscapes and storm-tossed seas. But equally, he was fascinated by the demi-monde of Berlin’s cafés and cabarets, the busy to and fro of tugboats in the port of Hamburg and the myriad of peoples and places he saw on his trip to the South Seas in 1914.

This book, illustrating 100 paintings, drawings, watercolours and prints, covers Nolde’s complete career, from the early atmospheric paintings of his homeland right through to the intensely coloured, so-called ‘unpainted paintings’, works done on small pieces of paper during the Third Reich, when Nolde was branded a ‘degenerate’.
Emil Nolde: Colour is Life. 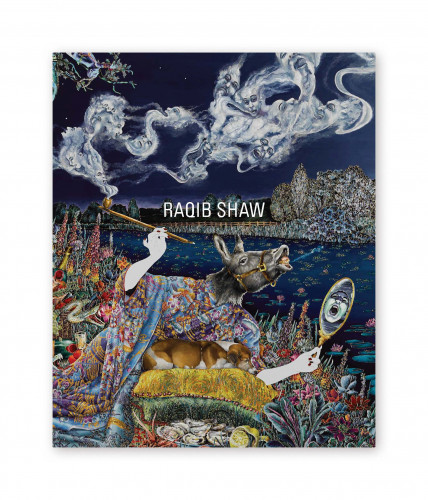 Raqib Shaw is one of the most extraordinary and sought-after artists working in the world today. Born in Calcutta in 1974 and raised in Kashmir, he came to London to study in 1998 and has lived there ever since. Inspired by a broad range of influences, including the old masters, Indian miniatures, Persian carpets and the Pre-Raphaelites, his paintings are infused with memories and longing for his homeland in Kashmir. The finished works are intricate, magical and breathtaking in their colour and complexity.
Raqib Shaw: Reinventing the Old Masters 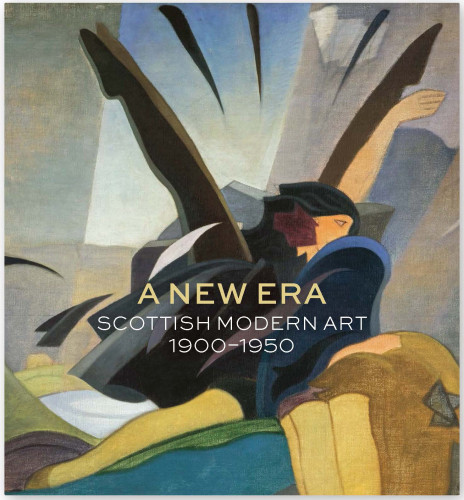 A New Era examines the most experimental work of Scottish artists during the first half of the twentieth century. The works featured allow us to see the commitment of Scottish artists to the development of art through their engagement with – and interpretation of – the great movements of European modern art, from Fauvism and Expressionism, to Cubism, Art Deco, abstraction and Surrealism, among others.

Looking at the most advanced work of high-profile artists, such as William Gillies and Stanley, and lesser-known talents, like Tom Pow and Edwin G. Lucas, A New Era takes its name from the group established in Edinburgh in 1939 to show surreal and abstract work by its members. 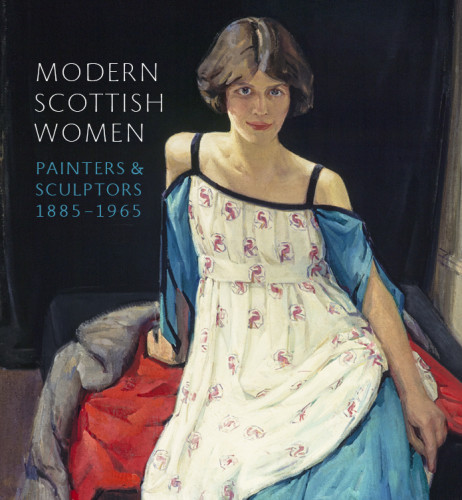 Between 1885 and 1965, an unprecedented number of Scottish women trained and worked as artists. This book focuses on forty-five Scottish female painters and sculptors and explores the conditions that they negotiated as students and practitioners due to their gender. Many of the artists featured are not widely known and so will be a revelation to readers, whilst others with established reputations are evaluated afresh. An essay by Alice Strang and artist entries by twenty-one authors uncover and celebrate women’s contribution to this chapter of Scottish modern art history.
Modern Scottish Women: Painters & Sculptors 1885–1965 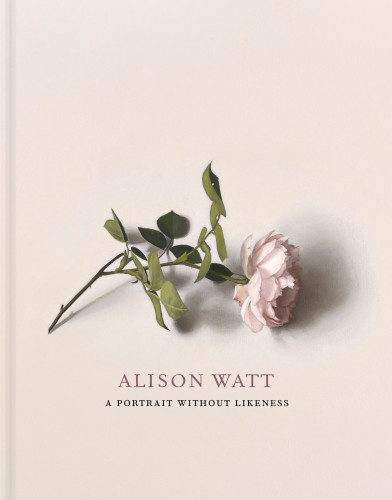 Alison Watt: A Portrait Without Likeness

Renowned artist Alison Watt responds to the delicacy of the female portraits of eighteenth-century Scottish painter, Allan Ramsay, through sixteen emphatically modern new paintings of her own. In conversation with Julie Lawson, Watt discusses how painters look at paintings, explains why Ramsay inspired her, and provides unique insight into her creative process. Writer Andrew O’Hagan’s new short story and art historian Tom Normand’s commentary explore further layers of depth to our understanding of both artists.
Alison Watt: A Portrait Without Likeness 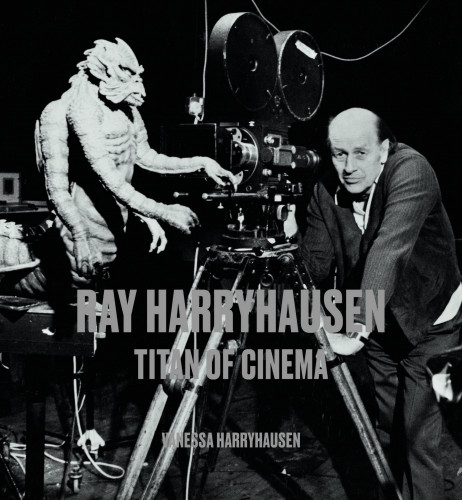 Special-effects superstar Ray Harryhausen elevated his stop-motion animation to an art during the 1950s to 1980s. He inspired a generation of filmmakers, from Peter Jackson to George Lucas, and his legendary influence on blockbuster cinema continues. With material drawn from his incredible archive, his daughter, Vanessa, selects 100 creatures, mementoes and objects that mean the most to her.

The book unveils, for the first time, many newly restored works, accompanied by Vanessa’s previously unpublished stories of life with Ray on set and at home. There are also fascinating contributions, telling of working with Ray and his innovative techniques, from many of those who were inspired by him: John Landis, Rick Baker, Caroline Munro, Merlin Crossingham and others share their own memories in this very personal chronicle of the life of a true titan of cinema.
Ray Harryhausen: Titan of Cinema 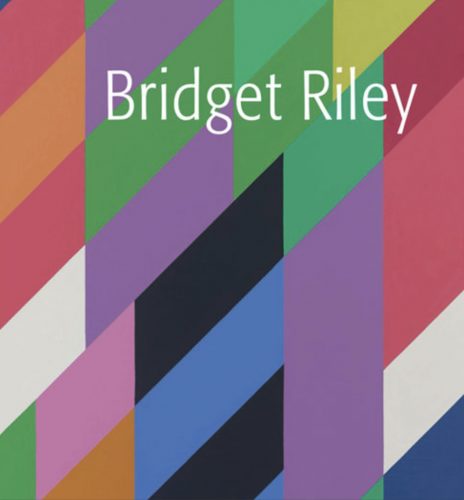 This landmark exhibition book reflects on almost 70 years of works by Bridget Riley, from some of her earliest to very recent projects, providing a unique record of the work of an artist still very much at the height of her powers. Essays from leading scholars and commentators on Riley’s work make this title the authority on Riley’s practice. The contributors include Bridget Riley herself, Robert Kudielka, Eric de Chassey, David Sylvester, Michael Bracewell, John Elderfield, Dave Hickey and Richard Shiff.
Bridget Riley